Our group belongs to Symbiotic Intelligent Systems Research Center at the Institute for Open and Transdisciplinary Research Initiatives, Osaka University.

Since 1992, we have been focusing the emergent robotics that seeks for the design principle of robot behaviors through the interaction between the robot and its environment. We take the cognitive developmental robotics approach through which we try to understand the development of increasingly complex cognitive processes in natural and artificial systems and how such processes emerge through physical/social interaction. 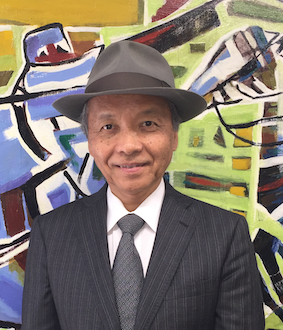 received Ph.D. in control engineering from Osaka University in 1982. Since 1997, he has been a Professor of the department of Adaptive Machine Systems at the Graduate School of Engineering, Osaka University. He was the president of the International RoboCup Federation (2002-2008) and was the Research Director of “ASADA Synergistic Intelligence Project” of ERATO (2005-2012). In 2012, the Japan Society for Promotion of Science (JSPS) named him to serve as the Research Leader for the Specially Promoted Research Project (Tokusui) on Constructive Developmental Science Based on Understanding the Process From Neuro-Dynamics to Social Interaction. Since 2018, he has been the administrative director of Symbiotic Intelligent Systems Research Center at the Institute for Open and Transdisciplinary Research Initiatives, Osaka University.