We study on mechanisms of neural information processing in human brains and cognitive development of children by constructing them using computer simulators and robots.

Roles of complex networks in a brain

A brain is a large-scaled network comprising of neurons. Its topology is not random but complex, i.e., it exhibits some kinds of complex networks. One of the most famous topology is the “small-world“ topology. However, how such complex networks contribute on information processing in brains is still unclear. How does information flow in the network? How does the network compute input information? We’d like to answer them by constructing artificial but realistic neural networks with the complex topological features. To clarify the role of the complex networks can lead to development of new artificial intelligence realizing advanced information processing like our brains.

A constructive understanding of atypical brains in autism spectrum disorder

Autism spectrum disorder (ASD) is one of neurodevelopmental disorders. Many neuroscientific studies have reported that both of structures and activities of brains in ASD are atypical compared with those of people with typical development. However, brain mechanisms of ASD are not well understood. In our studies, we construct a simulator of cortical neural networks to investigate relationship between brain structures and their activities, and elucidate mechanisms of symptoms of ASD that is cased by atypical brain structures. We’d like to develop a more sophisticated simulator to examine the effect of medication of ASD in future.

A model for acquiring canonical babbling based on cortical self-organization

There are neurons that show selective activities relating to motor commands and/or sensor information in the sensorimotor cortex. Its body representation is plastic, and especially, we seem to acquire it through sensorimotor experiences in infancy. We are addressing infants’ canonical babbling as a example of such experiences. We are constructing a spiking neural network that emits output signals to drive a vocal simulator, and is fed its auditory information. Under the sensory feedback, the neural network is self-organized by neural plasticity. We investigate how the self-organization forms neural representation of self-articulation, and how the representation affects on vocal behaviors. 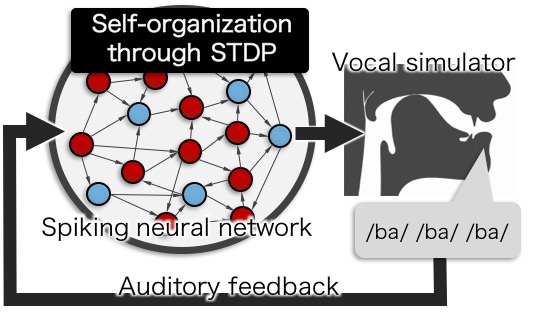 Children can acquire grammatical categories, e.g., nouns and verbs, and transition rules between them although they are explicitly not taught them. We modeled this learning using a hidden Markov model. The model acquired obscure grammatical categories if it had only a few categories. In contrast, it could acquire well-differentiated categories as the number of categories became large. We simulated the model to verify our hypothesis that the increase in the number of categories corresponds to child grammatical development. As the results, we showed that our model can replicate developmental changes of noun & verb generalization based on children’s grammatical knowledge, and children’s errors in terms of verbs’ suffixes and case particles. 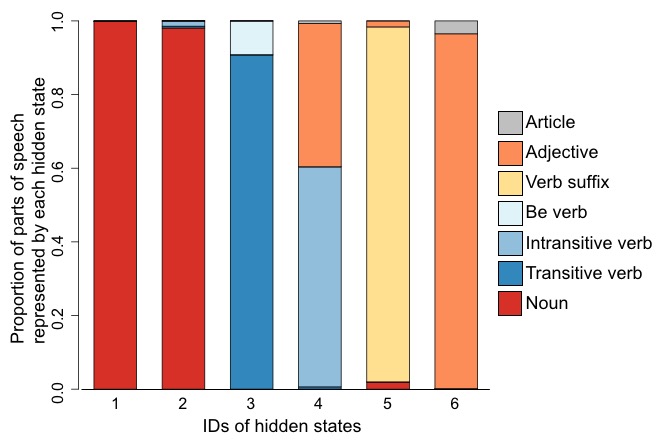 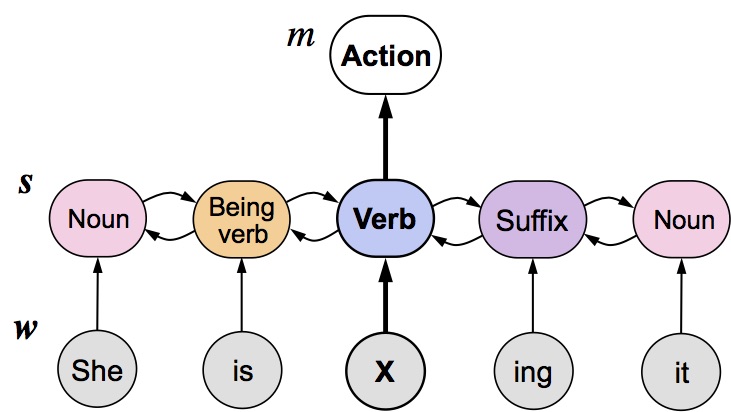 A Model for self-other recognition acquired through sensorimotor experiences

Infants seem to associate self-induced motion commands with its resulting sensor information to acquire self-body schema through sensorimotor experiences. In our studies, using simulations or robots, we verify the hypothesis of the embodied cognition that human understands other’s motions based on the body schema. For example, an agent represents smoothness of its motor trajectory. Our simulation demonstrated that it can recognize observed motions as biological ones based on the fitness between their visual information and the learned representation. The another study showed that the robot can imitate other’s motions by applying acquired self-sensorimotor associations to them. 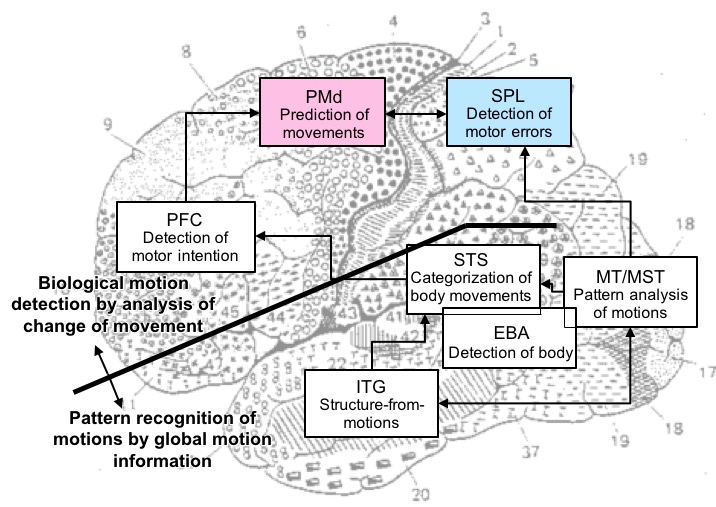 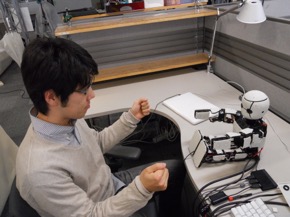 In the near future, advanced autonomous robots and artificial intelligence are expected to work with people and make important decisions. At this time, do people feel that the failure is due to themselves or the robot? Or which one do you attribute to its success? Is this responsibility different depending on whether the partner is a person or an artificial system such as robot? From the results of human-robot interaction experiments, we are clarifying that the mind perception about the agent may be related to the sense of responsibility. Based on such data, we will collaborate with jurists and philosophers to examine the future social system and robot ethics for a future human-robot symbiotic society. 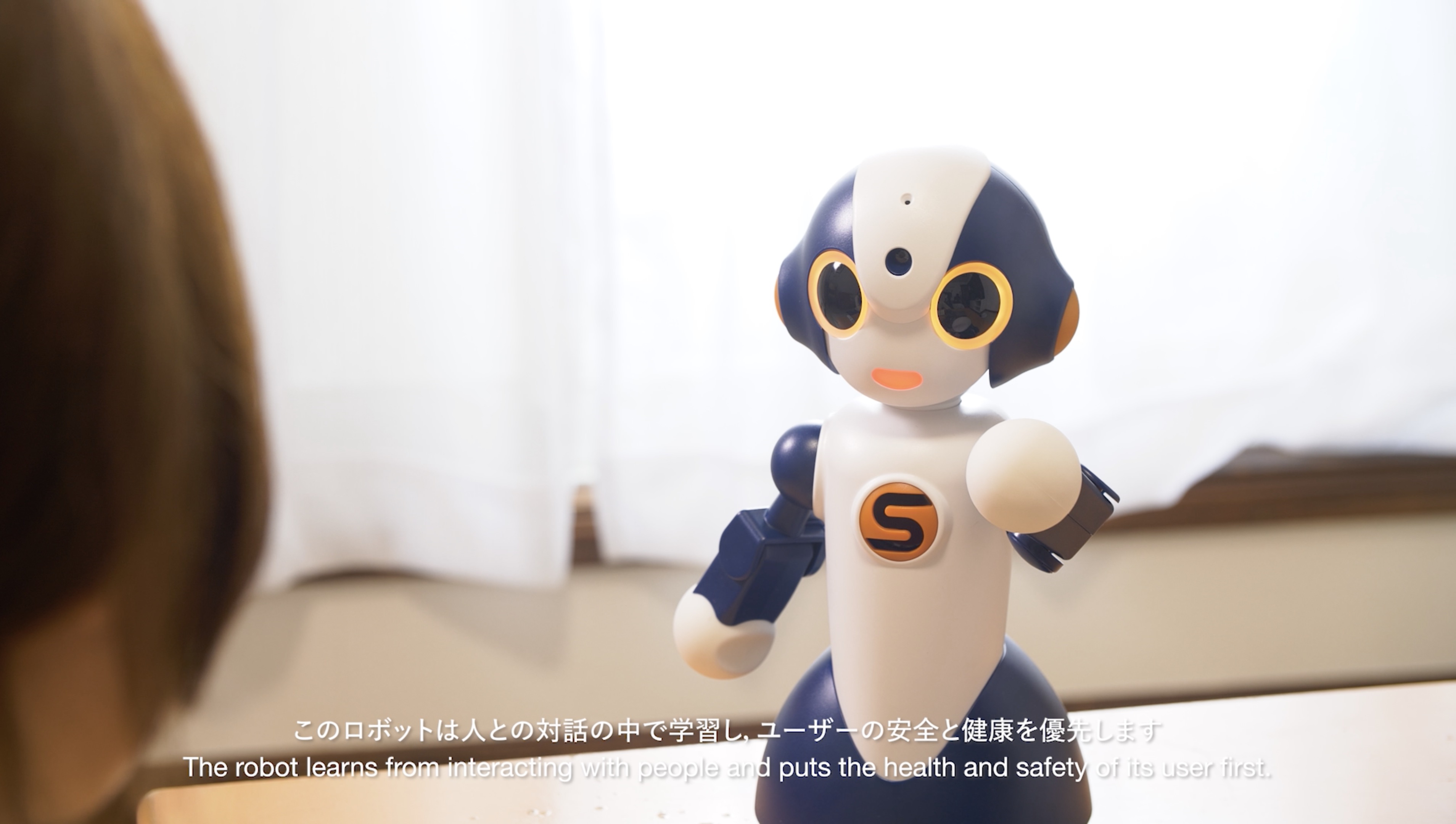 We participate in the RoboCup Soccer, that is a soccer competition by robots. In a humanoid league, robots must not be controlled by human but completely autonomously play soccer by themselves. Therefore, they process camera images, plan their behaviors, and execute their motions. In this benchmark project, we are studying about estimation of self-location, coordinated behaviors between multi-agents, optimization methods of robot motions, and so on. Our team, JoiTech-SPL, will join the RoboCup 2017 Standard Platform League. 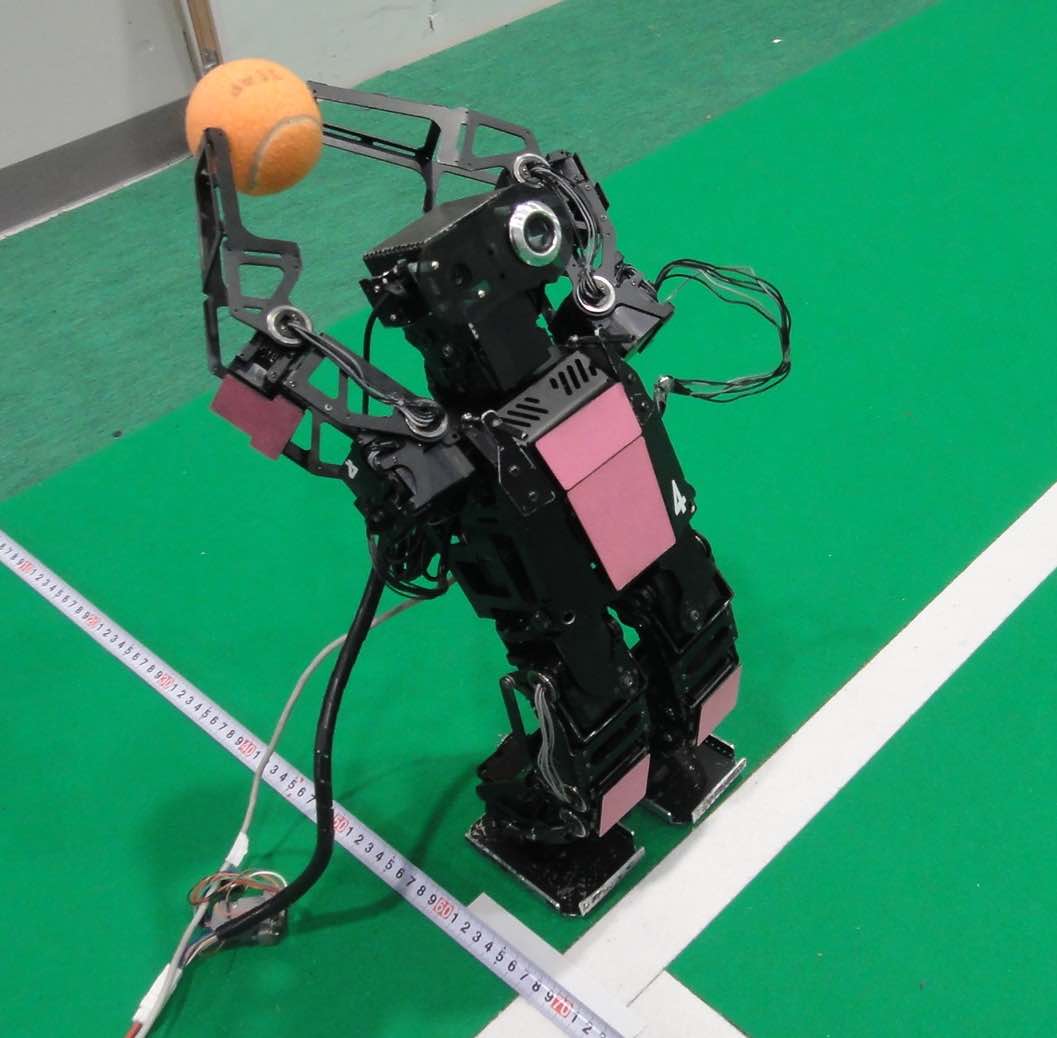 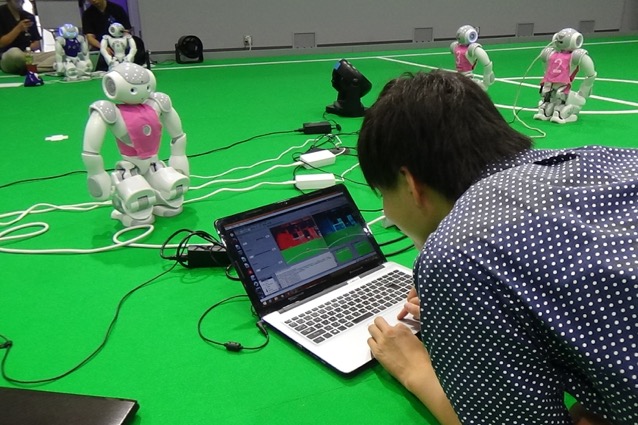 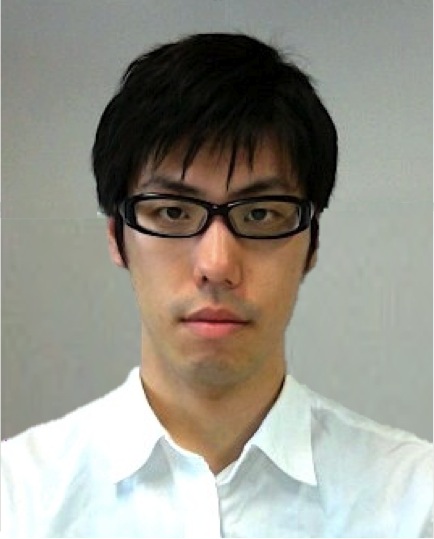 I study on mechanisms of neural information processing in the brain and cognitive development of children by constructing them using computer simulators and robots.
Specially Appointed Associate Professor at Office of Management and Planning, Osaka University.
【Google Scholar】
【Researchmap】